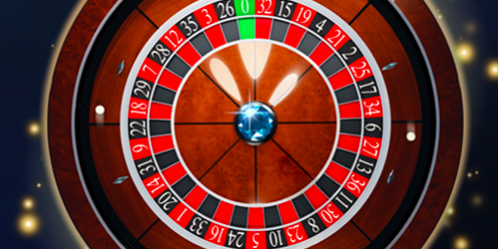 A few days ago, Microgaming broke the news of their new release. On its official press release, the game developer launched a game in what it says to be a new breed of table games. The company partnered work to Switch Studios to develop the game, Roulette, which was first screened at the 2018 SIGMA, where all the features and details of the game were unveiled.

According to Microgaming, Roulette offers the best iGaming experience to online gamers. The game is made to offer a 3D experience. The developers said their main goal was to design something that characterized the actual gaming experience. For example, the when and ball act like the real Roulette wheel at the casino. The developers strived to make sure the game provides a real-life interactive feel to games. Interestingly, the game is compatible with multiple devices including smartphones.

Features of the New Generation Roulette

Roulette is first of its kind on Microgaming’s chain of table games. The game will come with a roulette ball with true-life characteristics and a 3D wheel. In addition, gamers should expect to win big. Plus, the game is compatible with smartphones and tabs. It features a welcoming interface designed to function well on your mobile device and desktop. Therefore, players should be able to place wagers effortlessly.

Moreover, Roulette has a new engine, which functions very well and has a clean sound. In the game, gamers will find racetrack betting features, favorites, and special bets. The difference between the new generation roulette and the classic version is that the former has no retro-traces and modern look. Additionally, gamers will be able to access special bet options, result history, and alternative bet board layout. The special bets feature lets you access a broad array of pre-selected bets.

Players can easily place bets and nothing has been compromised to make sure the mobile experience is out of this world. Because of mobile mobility, players don’t need to leave the game at home. Furthermore, the developer this is was a repetitive theme when the game was being designed.

According to a comment by David Reynolds, Microgaming’s Game Publisher, the developers of Roulette are more committed to embracing and using innovation and introduce it to the online table gaming world. Roulette is by far the first in a chain of sophisticated and stylish table games, designed for a new breed of players and notable addition to the company’s portfolio. Gamers can spin the realistic 3D roulette, place bets, and access this game wherever they are in the world.

Tom David, Switch Studios’ Head of Studio was quoted saying that he and his team were happy to unveil their first official game launched under their brand, as subcontracted by Microgaming. The main aim of Switch Studios is to design the best classic table games that people can enjoy to play. Roulette is the first of the suit of table games that are set to be released in the near future.

Roulette comes with advanced features in a new environment and appeals mostly to the young market of casino gamers. The developers have worked day and night to design a game that gamers will love to play. He ended by saying he is looking forward to releasing a new game in the near future.

Microgaming partnered with Switch Studios in this concept development. However, Microgaming remains the sole supplier of the game. Additionally, it is only a demo of the game that had been seen so far but as of 27th March 2019, the game will have officially been launched.

How To Find The Right Online Live Casino
4th December 2019