Guide How To Play & Win At Online Baccarat 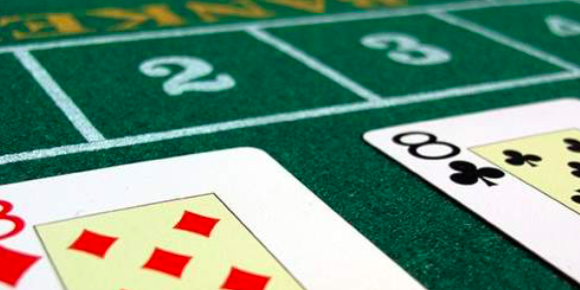 Online casinos have been becoming increasingly popular over the past few years, and it’s easy to see why. Who wouldn’t want to play some of their favorite live casino games in the comfort of their own home? While many people may know how to tip the odds in their favor when it comes to traditional casino games many of us might need some extra help with online Baccarat and more.

This is because many of us might feel that there’s somewhat of a difference between online Baccarat and the more traditional game in a casino. Though there might be a slight difference, it’s nothing major, and you’ll still be able to use the same tips and tricks. However, there are still a few things you should consider when it comes to winning well on online Baccarat.

Many of us are tempted to go for large bets because the potential payoff can be enormous. However, the reverse of this is just as true. With that in mind, you should consider sticking with small bets as that will reduce the amount of money you might lose in the worst case scenario. After all, we can’t win every time, so it might make better sense to stick to lower bets, at least until you’re more experienced with the game.

You should also consider when and when not to bet, as in many cases it can be a better choice to back out of a particular game instead of risking a loss. After all, one of the keys to winning is to make the best choice for an individual game.

Don’t Go For The Tie

A tie bet can offer some great winnings. This can make it one of the first things that inexperienced Baccarat players go for. However, they can be almost impossible to win because of the house advantage. Because of that, many regular players have pointed out that it’s best left avoided. It’s also been noted that it can often be easier to win at many other games and still make the same amount of winnings without having as much risk as you would here.

One of the biggest problems that some gamblers might have is that they can lose a significant amount of money. However, this can be best avoided by setting yourself a betting budget before you start playing. While this is something that can be personal to each player, it is something that you should consider. While it’s far from guaranteed that you’ll this money, you should place a maximum budget for how much you’ll be comfortable losing, should the worst happen.

That doesn’t mean that you’ll have to stop playing at a certain amount, however. Instead, you can set a budget of how much of your own money you’re willing to spend. If you make a significant amount of winnings, then you can withdraw how much you initially put in; after this, you’ll still be able to play with your winnings. By doing so, you’ll be able to ensure that, should you ever hit a losing streak, you won’t be losing the money you had in the first place.

While some of the above tips for online Baccarat might seem similar to the traditional game, they’re still worth sharing. As we already mentioned, there are only a few slight differences between playing Baccarat online and playing them in a casino; the biggest is probably that you’ll be able to play online Baccarat in your pants without anyone complaining. Outside of that, however, there two versions of the game are a lot more similar that you might have thought.

All About The Fibonacci Roulette System
20th February 2020